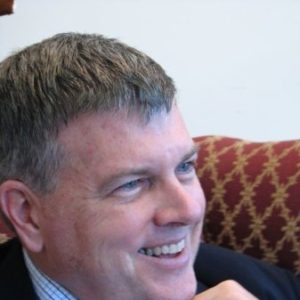 Mr. Gerdes gives frequent presentations to other lawyers on the trial of personal injury cases and in particular the handling of cases for people with traumatic brain injury. Beginning in 1993 and most recently in 2011, he made presentations to the Brain Injury Association’s and North American Brain Injury Society’s national conference for trial lawyers. He has made presentations on brain injuries before trial attorney associations in Nebraska, Iowa, Utah, Louisiana, and Ohio. Some of the topics include:

Mr. Gerdes was a co-chairman of “Traumatic Brain Injury: A Plaintiff’s and Defendant’s Perspective” held in Omaha in 1996. He is the co-author with Samuel Mehr M.D. of “Medicolegal Aspects of PET Scans,” which appeared in the medical journal, Neurorehabilitation, in 2001.

He was the Youth Exchange Officer for Rotary District 5650, which includes Western Iowa and Eastern Nebraska for eight years. In that capacity, he was responsible for finding placements for Midwestern high school students in countries around the world and in finding host schools for foreign students in this area. His family has frequently hosted exchange students. He served as President of South Central Rotary Youth Exchange (2018-2019) and is current president of the North American Youth Exchange Network. He is secretary of the Council on Standards for International Educational Travel. Mr. Gerdes serves as secretary of the Omaha Sister Cities Association and is on the board of the American Friends of Asian Rural Institute.

Mr. Gerdes and his wife have three adult children, one of whom is a survivor of traumatic brain injury.

The purpose of this site is to provide basic information, not medical or legal advice. The information is intended to be accurate, but no guarantee is made as to its accuracy, completeness, or being up to date. The owner of this web site is a lawyer. This site may be construed as advertising and promotional materials. Do not use the information on this site as an excuse to avoid seeing a lawyer. If you have a legal problem, you should seek the advice of a competent lawyer. Normally if you talk or write to an attorney, neither you nor the attorney can be forced to share the contents of what was said or written. Some courts do not follow this rule when it comes to e-mail. Also remember that most e-mail is not secure. So be careful about sending any e-mail information about your legal problems. The transmission of an e-mail request for information does not create an attorney-client relationship.